On Tuesday, May 28, at approximately 1:10 a.m., units were dispatched for a reported house fire in the 6400 block of Queen Anne Terrace in the Lake Barcroft area of Fairfax County.

Units arrived on scene of a one-story, single family home to find a car on fire inside of an attached carport with fire extending to the house and roof. Crews rapidly advanced two fire hose lines and quickly extinguished the fire. There were no civilian or firefighter injuries.

Four occupants were home at the time of the fire. Neighbors were woken up by their dog, looked out the window and noticed an orange glow. Upon further investigation, the neighbors saw the house was on fire, woke up the occupants of the home, and called 9-1-1. Smoke alarms were present but sounded after the fire was discovered.

Fire Investigators determined that the fire was accidental in nature and started on the exterior of the car port. The cause of the fire was improperly discarded wood chips from a grill that were placed in a trash can.

Four occupants were displaced because of the fire. Red Cross assistance was offered and declined. Damages as a result of the fire were approximately $128,050.

Fairfax County Fire and Rescue reminds all residents that after grilling though coals/wood chips may appear to be cool, always soak them with water in a metal container with lid. Coals retain enough heat to reignite for days after the fire. 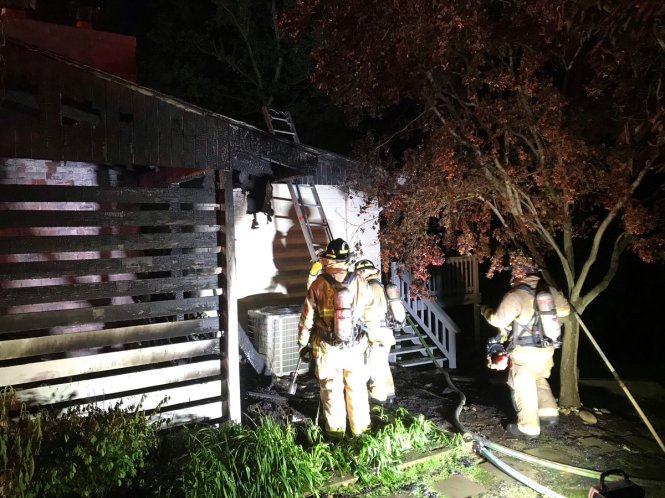